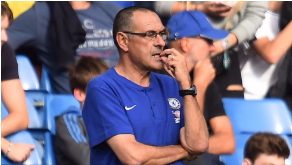 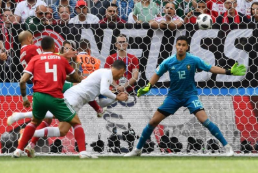 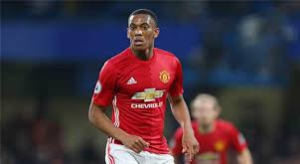 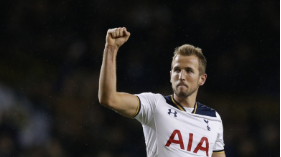 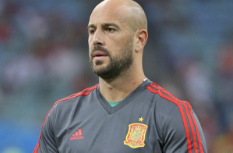 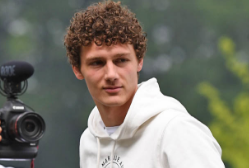 Just as there are reasons to get into the international market, and benefit from global markets, there are also risks involved in positioning companies in certain countries. Each country may have its potential; it also has its woes that are associated with doing business with major companies. Some of rogue countries may have all the natural minerals than the risks involved in doing business in these countries exceed the benefits. Some of the risks in international trade are:

Strategic Risk: The ability of companies to make strategic decision in order to respond to the forces that are at risk. These forces also affect the company’s competitiveness. Porter defines them as :. The threat of new entrants in the industry, the threat of substitute products and services, intensity of competition in the industry, bargaining power of suppliers and bargaining power of consumers

Operational risk: This is caused by the assets and resources that help the day-to-day activities. Breakdown machineries, supply and demand of resources and products, the lack of goods and services, lack of complete logistic and inventory will lead to inefficiency in production. By controlling costs, unnecessary waste decreases, and process improvement can increase lead-time, reduce variability and promote efficiency in the internationalization of

Political Risk :. The political action and instability can make it difficult for companies to operate efficiently in these countries due to negative publicity and the impact created by individuals in the top of government. Businesses can not effectively operate in its full capacity in order to maximize profits in such political turmoil unstable country. New and hostile government can change the friendly one, and hence expropriate foreign assets

Country Risk :. The culture or country can create instability risks may make it difficult for multinational companies to operate safely, effectively and efficiently. Some of the country risk comes from the policies of governments’ economic, security aspects, and political conditions. Solving one of these problems without all the problems (combined) together will not be enough to reduce the country risk

Technical Risk :. Lack of security in electronic transactions, the cost of developing new technologies, and the fact that this new technology can fail, and when all these are combined with the outdated current technology, may create dangerous effects of doing business in the international arena

Environmental Risk :. Air, water, and environmental pollution can affect the health of citizens and lead to public outcry citizens. These problems can also lead to damaging the reputation of the companies doing business in the field

Economic Risk :. This comes from the inability of the country to meet its financial obligations. Changes in foreign investment and / or national policy or fiscal policy. Effect of exchange rate and interest rates make it difficult to conduct international trade

Financial Risk :. This area has the effect of exchange rates, the flexibility of the government to allow companies to repatriate profits or funds outside the country. Devaluation and inflation will also affect the company’s ability to operate efficiently ability and still be stable. Most countries make it difficult for foreign companies to repatriate funds thus forcing these companies to invest money in less optimal level. Sometimes there are business assets that were confiscated and contributing to financial losses

Terrorism Risk :. These are attacks that may be caused by a lack of hope; trust; differences in culture and religion, philosophy, and / or just hate the corporate citizens of the countries concerned. It leads to a potential hostile attitudes vandalism foreign companies and / or kidnapping of employers and employees. Such frustrating situations make it difficult to operate in these countries.

Although the benefits of international trade of risks, companies should take the risk in each country and also intellectual, red tape and corruption, human limitations resources and limitations in the analysis of ownership, in order to take into account all the risks that comes before venturing into any of the countries.

Most companies are now at risk management in order to make the best management decisions. In fact, these services are popular in all business sectors. But what people often forget is that risk management is not just about making management decisions such as product innovation and pricing. In fact, it includes a lot more content, which is why it is suitable for a variety of industries where it is not so popular. For example, there is a dire need for it in the construction industry. One might think that construction companies do not require a lot of management decision making. However, it is the industry where the risk is highest and it is important to manage it.

risk in this industry is divided three ways. These are also the three main reasons the construction risk is extremely important

Planning -. This is an important part of any business project. In fact, it is particularly important in the construction industry. This is due to perform safety demand, solely based on the organization. If there is any loophole in programs or step is missed out, the final product can be very dangerous. Also, budget and time must be managed perfectly. This is why most people considering hiring construction risk management professionals

Precautions Health workers -. We conduct business tasks, you not only have to worry about the product and profit but also for employees. Employees are at high risk projects. This is because these people may have to work in unsafe conditions. For this, you need to take security measures for them. To make sure that there will not be any accidents, it is recommended to hire a consultant to address the risks

Safety provided by the final product -. This is a big reason for the construction risk is important. It needs to be sure that the final products provided by the workplace is safe. For example, if a building has been constructed with the finest materials, it can be very dangerous to live in it. The main focus should be to ensure that all safety measures are taken. The best advice can be provided by professionals who are used to dealing with risk.

Therefore, when running such a company must make sure that you are efficient to deal with all the risks by hiring the right professionals.

Risk management is a management practice that helps identify risks in order to minimize loss. It is a logical approach to identifying, analyzing, solving and continuous monitoring of risk in the organization. Exit does everything possible to prevent the institution works well and achieve their plans. It is something that can harm the company’s employees, assets and customers. Risk management is a process used in both private and public institutions, in different areas of operations, finance, etc.

Risk is a standard process that involves several steps. It begins as a first step, by identifying risk. The next step is to identify them, then solve them. The final step is the continuous monitoring of risk in the organization.

first step, identify risks, need to be considered in the organization’s business context. Depending on the nature of the business, the specific risks that may occur. That is why, when working to identify those professionals need to take into account the business context in which management processes occur. The probability and the frequency of appearance of risk should be evaluated. Also, what effect it has on the organization needs to be determined.

The next step is to analyze. This is also called risk assessment. Risks need to assess both qualitative and quantitative perspective. Now that they have been identified, it needs to be decided which risks are most likely to occur, and also which ones will have the most serious consequences. This would be dangerous for the organization. These risks need to be prioritized also in line with the costs that they may cause to the organization. Unsafe must be defined in accordance with the severity of their impact. The levels are high, medium and low. Broad means adverse effects on the structure, so measures must be taken in time to solve the problem. Moderate level means less devastating consequences, but low risk suggests that may not be important to deal with. In this case, management needs to decide whether it is worth to allocate time and money resources to resolve the situation or not.

the risk is high risk should be treated first, but the ones with lower probability of occurrence and less impact should be treated next. Companies need risk management plan information, just as solutions. Risk Management Consultants can help you create this plan and the best solutions to deal with any problems you may face.

last step needs to be constantly observed. The institution, not risk not being the same. General changes in the business environment, regulatory changes, business changes, so new problems can appear, while others will go away. The strategies need to be constantly reviewed and adapted to new conditions.